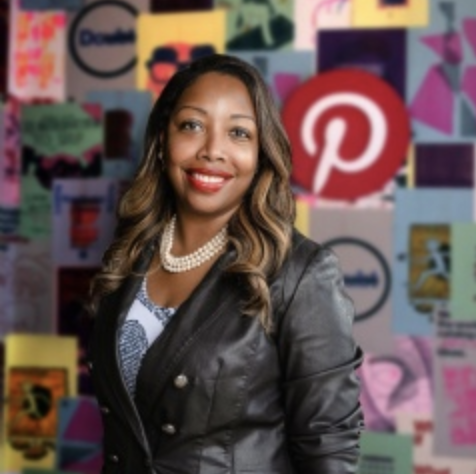 Nichole Barnes Marshall has been named global head of inclusion and diversity at Pinterest.

She takes on the new role at the social media platform after serving as chief diversity, equity and inclusion officer at Bath & Body Works. Her work there reportedly included helping consolidate DEI programs and affairs at the retail store chain.

At Pinterest, Barnes Marshall will be responsible for leading the cultural transformation of the brand through the integration of DE&I programs and efforts across the company, according to a news release. Her duties will include overseeing the I&D strategy and team and integrating I&D principles into the people and business actions at the company.

She will report to Christine Deputy, chief people officer at Pinterest, and will be a key partner to Ben Silbermann, the company’s co-founder and CEO.

Barnes Marshall may have some challenging tasks in her new role.

“Pinterest last year reportedly settled a lawsuit brought against it by shareholders who alleged the firm’s workplace discrimination toward women and racial minorities hurt its reputation,” according to NBC News as reported by The Verge.

“Pinterest supposedly agreed to “spend $50 million on improving its diversity and equity.”

In Barnes Marshall, Pinterest gains an executive with over 20 years of experience in DE&I and recruitment at important brands, including L Brands, Aon, and IBM. The company added she serves on boards including the National Urban League Diversity Advisory Board, Columbus Urban League, African American Leadership Academy, and United Way of Central Ohio.

Reflecting on her fresh role, she said, “Doing the important work of diversity, equity and inclusion is not just my occupation, it is my occu-passion. I’m excited to bring that passion and purpose to support all Pinployees and Pinners in fulfilling our mission of inspiring people to live a life that they love.”