History can appear as remote and irrelevant to our daily lives. So, to keep it real, our 2019 Black History Month blog series focuses on contemporary and local leaders. Today we look at a true pioneer for both African Americans and women in our community. 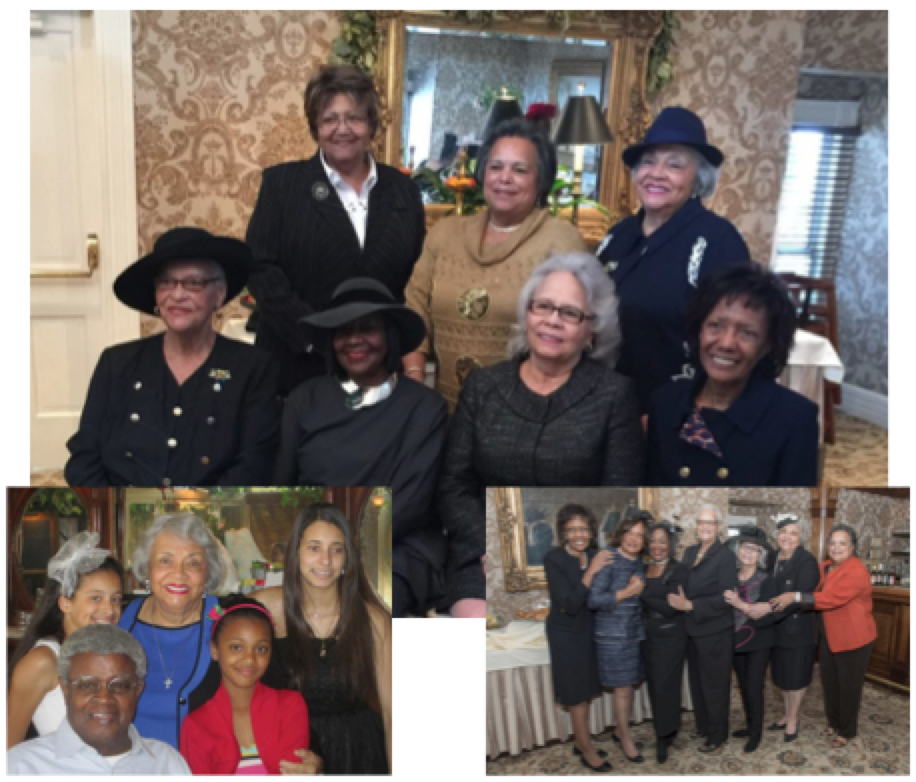 Even after completing a career where she overcame many obstacles and opened even more doors, Central Ohio’s Glenna Watson exudes thoughtful humility. “I had no ambition to do anything but the job in front of me. Yet, new opportunities always came my way. God swept me through life.”

In Glenna’s case, God wields a big broom. She reached many firsts: first personnel manager in many state agencies including the Public Utilities Commission of Ohio; first African American to head up personnel in the Department of Development; and first African American female to hold several key posts at the Central Ohio Transit Authority (COTA), including the top job as General Manager.

Glenna’s star has shone through the pages of Ebony, and has been spotlighted by many organizations, professional groups and the Ohio House of Representatives. A wife, mother, secretary-become CEO, she earned her Bachelor of Arts degree from Capital University, the same institution that later awarded her an honorary doctorate in humanities. Not content to settle on any one diploma, she continued acquiring certifications and completing courses throughout her professional life, studying at The Ohio State University and the Wharton School at the University of Pennsylvania.

But no achievement means more to her than what she did to reach out to others. During her tenure at COTA, she increased the number of minority employees seven-fold, to nearly 50%. “If they were qualified, I sure brought them in,” she says. “One day while I was still head of personnel, the general manager asked me, ‘Glenna, this is Affirmative Action. Don’t you think you’ve gone far enough?’ I responded that I just hired the best-qualified person who scored highest on the test. We were considered a highly desirable employer in the black community. The best applicants came to us.”

And no trophy stands out more in her memory than the special trolley license plate that bears her initials. She loved the challenge of trying to offer transportation, so people could get to work, see a doctor or spend time with loved ones. Her devotion to public access is now recognized every year when the Ohio Public Transit Authority—the organization that named her Ohio Transit Manager of the Year in 1997—presents the Glenna L. Watson Award to an outstanding woman in the transportation field.

She didn’t just hold open doors for people of color at COTA. She breached the final frontier of boardrooms, serving with a wide range of nonprofits from the YWCA of Central Ohio, Prevent Blindness, the Columbus Zoo and our own Columbus Urban League. She founded Carrousels, Inc. a national organization that now claims 20 chapters across the country.

All this from a woman born more than eight decades ago in Cleveland, Ohio who moved to Tiffin, Ohio, where, “I didn’t have an awareness that I was black, and others were not, except that I didn’t have a lot of friends.” Her one-room schoolhouse in Jackson, Ohio didn’t change that experience and, in fact, she didn’t come to know how large the African American population was until she came to Columbus as a young adult.

Ascending to the top post of COTA in 1994 meant winning a vote of confidence from a primarily white male leadership board. “The men were very professional,” she remembers. “Oddly enough, it was a female who appeared to question my qualifications the most. I later heard she remarked that “who ever heard of a woman running a transit system?”

Even when she retired after a 22-year career at COTA, Glenna claimed the “first” title once again when in 1999 she became the first woman and African American to serve on the Medical Mutual of Ohio board of directors. Not surprisingly, she ended her tenure there urging the organization to replace her with an African American.

“There are people just don’t want to take the time to go outside their comfort zone and recruit someone who doesn’t look like them,” she adds. “Sometimes, black people won’t apply because they don’t think they have a chance. But when the door is open, people will come in.”

And thanks to pioneers like Glenna Watson, that means African Americans and women too.