History can appear as remote and irrelevant to our daily lives. So, to keep it real, our 2019 Black History Month blog series focuses on contemporary and local leaders. Our first sadly just passed, but his legacy remains very much alive. 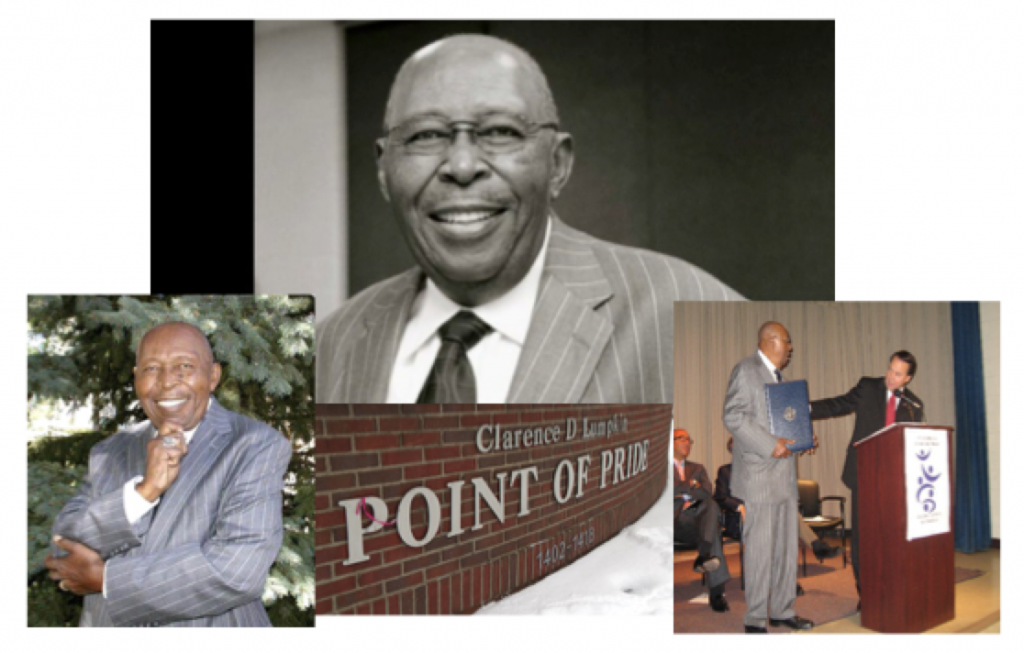 Born in Nashville, Georgia in 1924, Clarence grew up in a time and place dominated by overt and oppressive racism. Nashville, a small, rural town in southeastern Georgia, belonged to and reflected the values of a State that morally sanctioned and legalized segregation. Even when visiting in 1967, Clarence and his son found an old “whites only” sign at the county courthouse.

Racial violence erupted frequently. The Equal Justice Initiative reports that Georgia was second only to Mississippi with 589 lynchings between the late 19th through mid-20th centuries. Brutal poverty was as rampant as the boll weevils that devastated the region’s cotton crop. Blacks were hardest hit.

These overwhelming hardships left an indelible imprint on Clarence, orphaned at age 10. In spite, or maybe because, of them, he enlisted in the U.S. Army during the height of World War II. At age 19, he joined more than 2.5 million African Americans who served in some branch of the military and who were again subjected to obvious discrimination. Though wounded while serving in the Pacific Theater, Clarence persevered.

In 1946, love for his new wife, Willa, brought Clarence to her hometown of Columbus. For the next 72 years, he distinguished himself as a husband, father, chief of the enforcement division for the Ohio Bureau of Motor Vehicles, congregant, and an outstanding community activist.

Clarence hung up his Army uniform, but he never stopped fighting for social and racial justice. He joined the federal lawsuit to desegregate Columbus City Schools in 1978. He bent City leader’s ears until they separated storm and sanitation sewers and stopped flooding area basements. He nearly singlehandedly kept the proposed new highway – 670 – from splitting Linden in half as originally planned.

Clarence said in the book Neighborhoods, Family and Political Behavior in Urban America: “Until the black community recognizes that it does have the clout … until we recognize the power of the vote, then we will have to go downtown and lobby city council for services that they automatically provide to other neighborhoods…. We have to learn to use the system that works against us to work for us.”
Point to any notable building, Columbus Fire Station #18, St. Stephen’s Community House or the aptly named Clarence D. Lumpkin Point of Pride building on 11th and Cleveland Avenues. You can’t miss the many markers of his successful advocacy.

But perhaps no story better demonstrates his substance and courage than going toe-to-toe with drug dealers in his neighborhood. Drug houses popped up just down the street from Clarence’s church, Bethel AME. He marched groups of 50 – 100 protestors around the houses and, in case Council members didn’t believe him, he brought photos of deals to City Hall.

Clarence never forgot his early experiences with bigotry and scarcity. And, while he never backed down from a worthy fight, he always argued his case respectfully and courteously. He knew today’s foe could be tomorrow’s friend and he was gracious to all, even in his strong disagreement.

It’s an honor to celebrate and commemorate this very local hero.